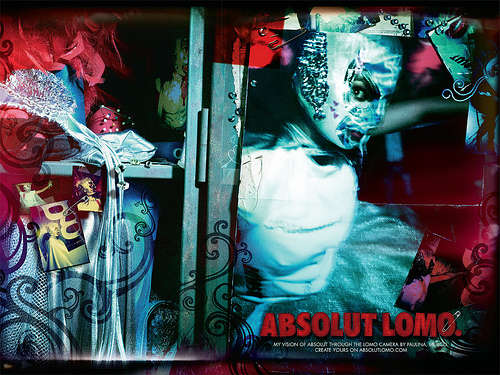 Andres Colmenares — January 12, 2007 — Art & Design
References:
Paulina, born in Guadalajara, Mexico was one of the six young artists selected by Absolut to develop the Absolut Lomo project, in which they made their interpretation of the brand following the golden rules of lomography. This campaign was then extended to consumers. "She has ventured into a number of design projects within fashion (Zaanpalek and now Gallo Rosa!) , updating and designing Radiohead LatinoamÃ©rica , as well as local artists/groups such as Elis Paprika and Carrie." Her illustration work has been featured in local galleries under the name "Peras y Manzanas / Pears and Apples"

Her Absolut Fight Girl is especially unique, as she has blended the bizarre of Mexican wrestling with seductive imagery and vivid color.
2.1
Score
Popularity
Activity
Freshness