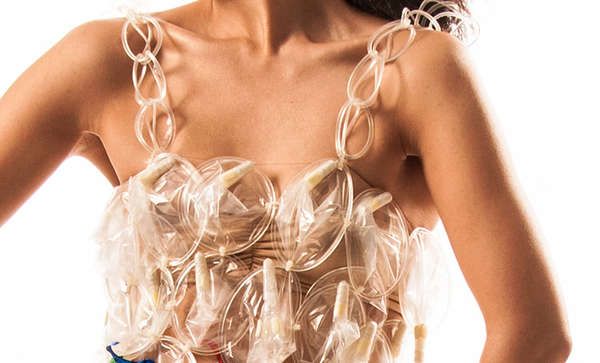 Meghan Young — July 16, 2013 — Lifestyle
References: path.org & fastcoexist
Share on Facebook Share on Twitter Share on LinkedIn Share on Pinterest
Raising awareness about such important and serious issues as sexually transmitted diseases doesn't have to involve tired explanations or dark and depressing advertisements; the PATH 2013 Fashion Show accomplishes a lot in a fun and lighthearted manner. It involved the creation of one-of-a-kind dresses made out of female condoms.

With participants from the New York Fashion Academy, Planned Parenthood, and PATH’s very own staff, the PATH 2013 Fashion Show was very successful. A total of 11 dresses were designed, each with its own twist on the female condom. Kimberley Whipkey, head of advocacy and communications for the project, says, "Some people were coming down on the disease angle, others were like, 'I’m totally going to glam this up.' There was one baby blue chiffon dress that looked like it was ready to go to a ball."
6.4
Score
Popularity
Activity
Freshness
Get Better and Faster