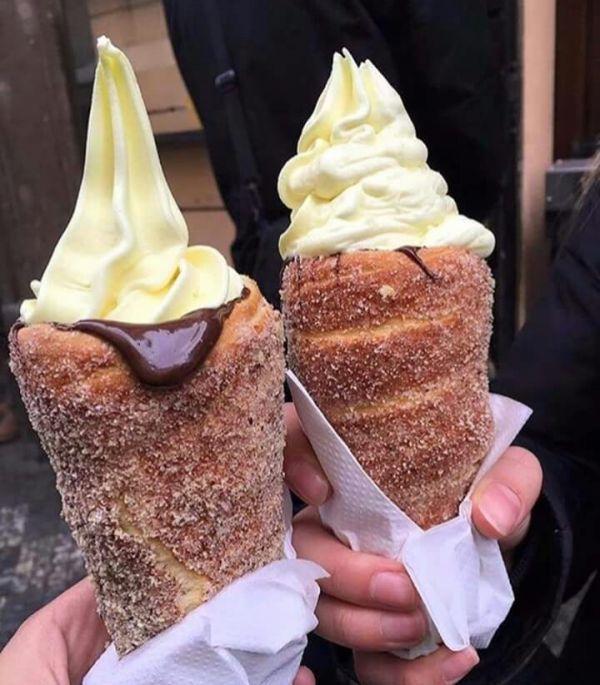 Alyson Wyers — February 29, 2016 — Lifestyle
References: reddit & thatsnerdalicious
If you thought the baked goods mashup craze was over, these Trdelník pastry cones are changing the game one more time. A cafe in Prague created a new way of doing ice cream cones, but subbing in the donut-like deliciousness.

According the That's Nerdalicious, Trdelník is "a sweet dough that’s rolled into long ropes, wrapped around wood or metal rods, then baked while rotating over a heat source" often coated with sugar, nuts or cinnamon.

It is likely only a matter of time before the donut ice cream cones make an appearance in North America. Those who are adventurous in the kitchen could also try whipping up their own versions of the Czech Republic-inspired pastry cones.
5.7
Score
Popularity
Activity
Freshness