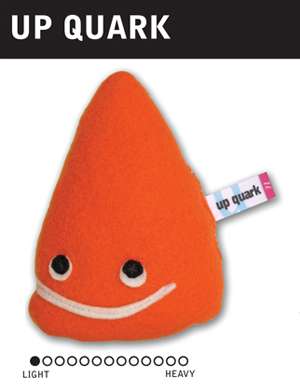 Particle Physics Gets all Cute and Fuzzy

PhD physicist Derek van Westrum worked with the artist to create a virtual Noah’s Ark of particles studied by quantum and high energy physicists.  It took several billion dollars for modern scientists at CERN to observe the rare Higgs boson.

Now for only $10 you can hold him in your hands.  There are 6 classes of particles—leptons, quarks, theoreticals, force-carriers, and nucleons.  Each handmade particle conveys the quirky, quarky personality of particle (different particles really do display different personality traits—some shy, some exuberant) and is weighted according to the relative mass of its real-world counterpart.  Check out the Particle Zoo and become an expert in particle physics.
3.5
Score
Popularity
Activity
Freshness
Get Trend Hunter Dashboard