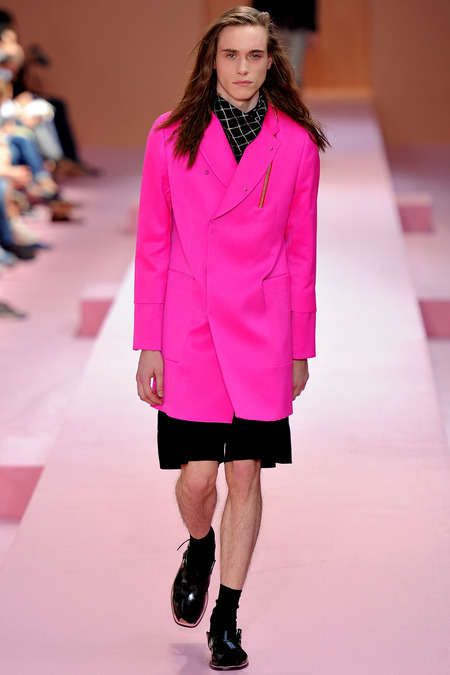 Jen Chae — July 4, 2013 — Fashion
References: paulsmith & gq-magazine
Share on Facebook Share on Twitter Share on LinkedIn Share on Pinterest
The Paul Smith S/S 2014 collection was the prettiest of this year's Paris Men's Fashion Week. From bubblegum pinks to corals, the catwalk and models alike emit rosy hues. Some looks were very subtly accentuated with pink, while other outfits were overwhelmingly pink from head to toe. A particularly memorable look was the pink suit, which included a blazer that was slightly lighter in shade than the trousers. Other pieces were also color-blocked with different shades of pink.