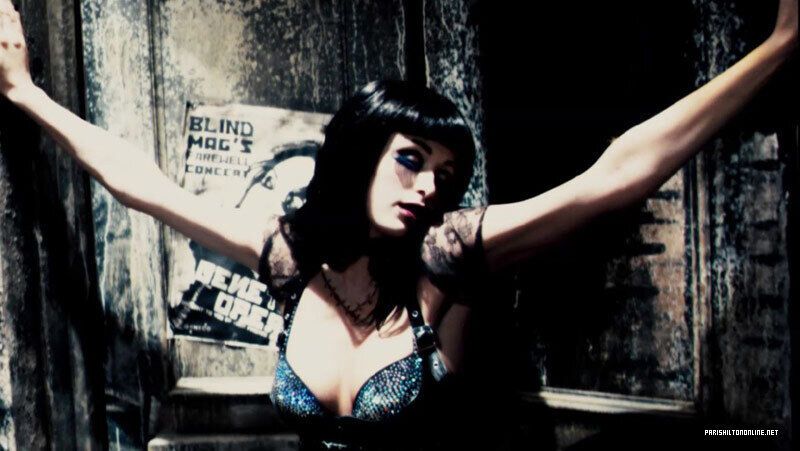 Snippets of her dramatic performance can be seen here in the gallery as well as in the teaser video embedded above.

If you're like most people, you're really only interested in seeing Paris Hilton in this video, so to ease your patience, fast forward to about one minute into the 3:48 minute clip.

When she enters the room full of zombie-like freaks, Paris, who players Amber Sweet, makes her debut much as you might image Paris Hilton doing in real life. All black-eyelined eyes are on her and she struts into a room full of coked-out looking goths.

In the flick, her character Amber plays the daughter of the owner of GeneCo, a multi-billion dollar biotech company. The flick also stars Anthony Head, Sarah Brightman and Alexa Vega.

The movie hits theatres November 7, 2008 so you'll have to wait until then for the full meal deal.

With its freaky theme, you'd think they would release something like this in time for Halloween, but let's not questions Hollywood.

And, after all, we've recently discovered the reasons why Paris Hilton is smarter than you (think.)
6.2
Score
Popularity
Activity
Freshness
View Innovation Webinars