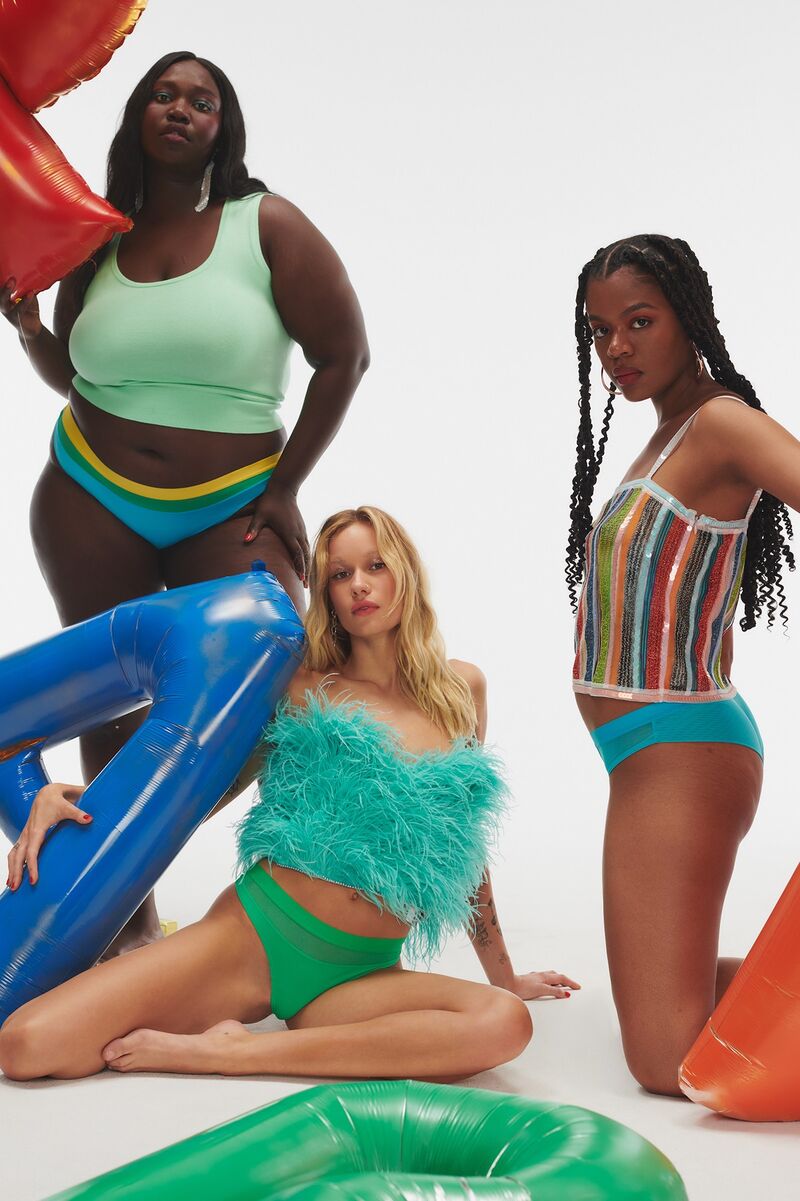 Parade has become known as a key player in the body positivity movement by boasting diverse models and a wide range of sizing. Always offering something fresh, Parade releases multiple collections throughout the year that provide something fun and exciting, which isn't always expected from underwear shopping. This line is no different, as it boasts a multi-colored line with confetti motifs, celebrating the milestone of Parade's one year anniversary.

The bright colorways from the collection, including green, pink and red, adorn all of the brand's classic silhouettes.