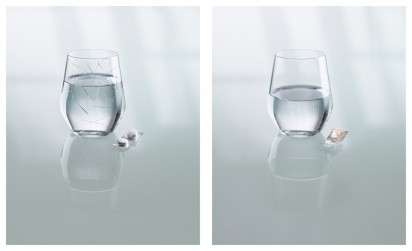 The Paracet Painkiller Campaign is Comprised of Comparative Photography

Meghan Young — March 27, 2013 — Marketing
References: bates.no & ibelieveinadv
Share on Facebook Share on Twitter Share on LinkedIn Share on Pinterest
The Paracet Painkiller campaign centers around dual images of two very different scenarios. In one instance, a cup has been crippled in mistreatment while the corresponding image shows the same cup completely unharmed. The only difference is the use of different medication. The first pills clearly don't work, which makes the person take out his or her pain on the poor, unsuspecting cup.

Conceived and executed by Bates United, an ad agency based in Oslo, Norway, the Paracet Painkiller campaign was expertly art directed by Anders Asheim with copy by Petter Andersen. A simple campaign, it relies on comparative photos to tell a simple story. This allows people to choose the better alternative, the Paracet alternative.
2.9
Score
Popularity
Activity
Freshness
View Innovation Webinars