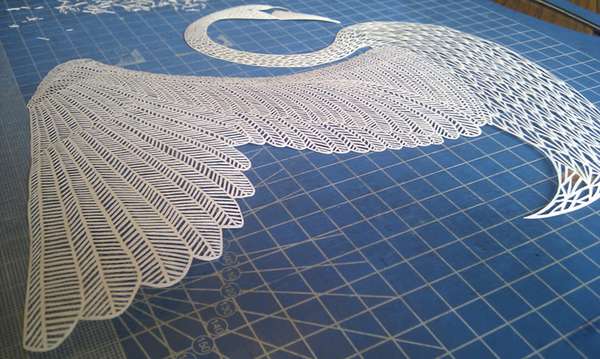 Crafted by Michael Lomax, this avian wonder was made by carefully cutting away at a sheet of paper until the pictured results were finally unveiled. Lomax is, no doubt, a patient man as I would have gone nuts trying to craft this ornate thing. The patterns look as though it were a knit sweater and lets not forget that, at any point, if Lomax ripped any part of the Paper Cut Swan, he would have to start all over. Alas, Lomax didn’t, proving to the world just how talented he really is.
2.4
Score
Popularity
Activity
Freshness
Get Better and Faster