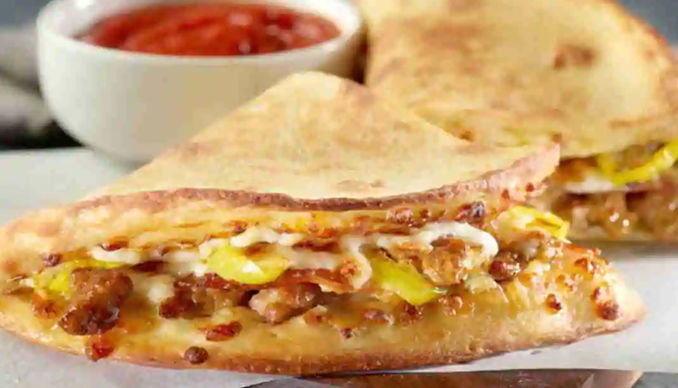 Papa John's New Papadia Sandwiches are Made with Flatbread

Katherine Pendrill — July 29, 2019 — Lifestyle
References: chewboom
Though Papa John's may be known for its sandwiches, the chain is getting in on the sandwich game with a new dish called the 'Papadia.' Heartier than your average sandwich, this new flatbread offering may just replace your regular pizza order.

The Papadia is essentially an Italian-style flatbread sandwich that Papa John's has begun testing at locations in Indiana, Oklahoma, Oregon, and Washington State. There are four Papadias for customers to choose from, as well as the option to customize their own sandwich. The first of the pre-built varieties is the Philly Steak Papadia, which is filled with the chain's signature sliced Philly steak. There's also a Meatball Pepperoni Papadia oozing with pizza sauce, and a Grilled BBQ Chicken & Bacon Papadia made with BBQ sauce. Finally, there is the Italian Papadia that contains Alfredo sauce, spicy Italian sausage, and spicy banana peppers.