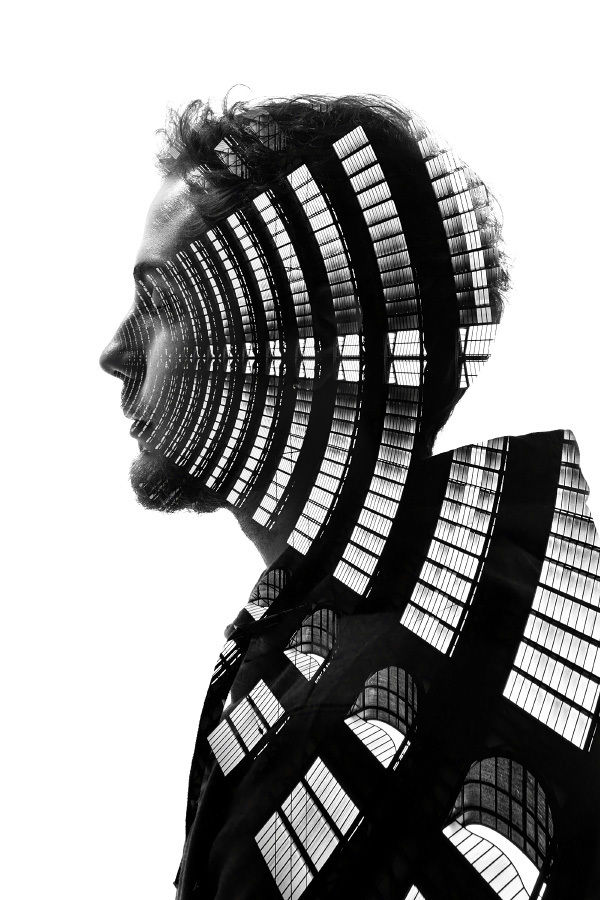 Tiffany — January 27, 2014 — Tech
References: behance.net & laughingsquid
Share on Facebook Share on Twitter Share on LinkedIn Share on Pinterest
Milan-based photographer Francesco Paleari has recently created a series of photographs called Milano's Profiles (Profili di Milano). The Italian designer and photographer uses double exposure in his collection of images by combining the distinct and iconic architecture of the city of Milan and digitally retouches them with the faces of inhabitants who live in the Italian metropolis. The result is a visually stunning and provoking series of monochromatic components. Inspired by his camera as a tool, Paleari says, "a tool to extract and fix particular aspects of reality," and he is extremely successful in his deconstruction of both architecture and facial portraits.

The way in which the architecture has been merged onto the portraits of people is seamless and strategic. The images all feature and capture the essence of both Milanese architecture and its inhabitants, through the artist's expert use of constructing visually aesthetic shapes that effectively captures the attention of the viewer. Using the shapes of the iconic structures to take up the right side of the single portrait, the left side is left for the distinct faces of the people of Milan.