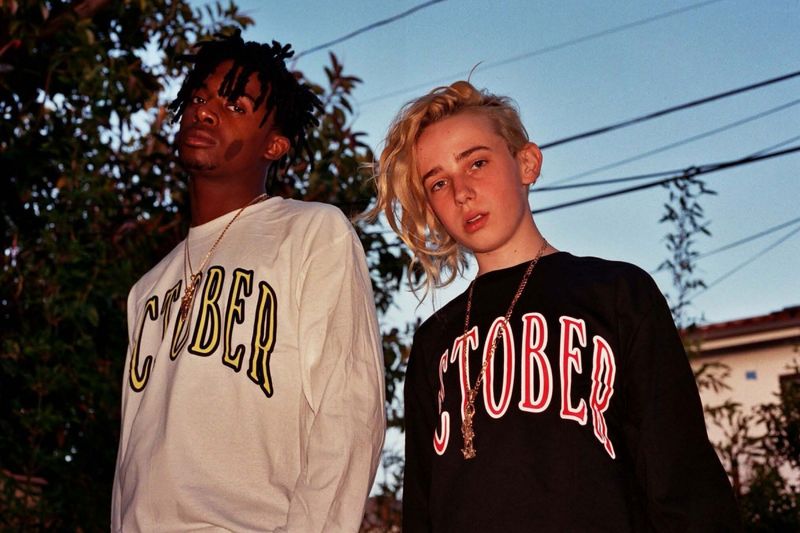 Riley von Niessen — June 6, 2016 — Fashion
References: instagram & highsnobiety
Drake's brand is offering a collection of new clothing as a part of its OVO 2016 summer selection. The pieces appear in an editorial that was photographed by Kevin Moon, which shows the clothing on Playboi Carti, John Ross and Ian Connor.

The OVO 2016 editorial celebrates the opening of a LA flagship store where the clothing will be sold -- in can also be purchased in Toronto stores and online. The youthful photo series focuses on its models' coolly careless demeanor, with the large graphic logos of the brand instantly visible.