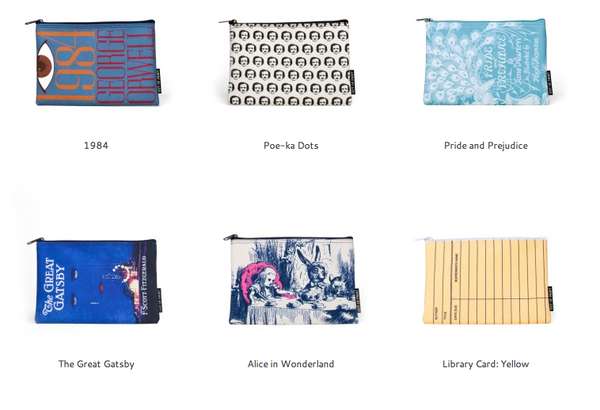 The 'Out of Print' Pouches Follow Along the Same Business Model

Some of the styles include, of course, The Great Gatsby, alongside other classics such as Alice in Wonderland, Jane Eyre and the Very Hungry Caterpillar. Some of the designs aren't simply books and their covers but rather prints of a bookish theme, for instance, green, yellow and blue library cards and the pun-inflected "Poe-ka Dots" version.