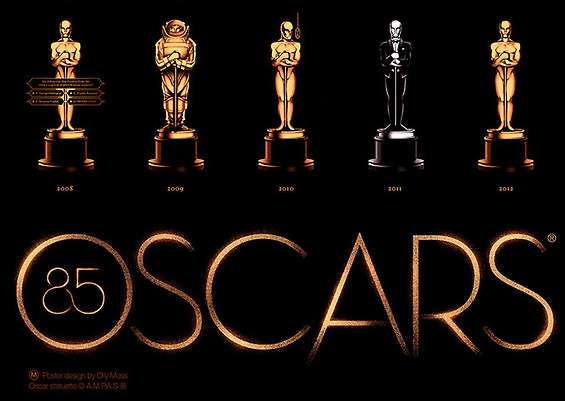 Olly Moss Redesigns all of the Oscars Awards Over the Years

Gil Haddi — February 12, 2013 — Art & Design
References: moss.fm & crackajack.de
There have been so many Oscars awards given out, it is time people pay homage to the various movies that won these noble prizes.

Artist Olly Moss creates a large poster that features every single movie that has won an Oscar, redesigning the golden statue as an iconic symbol or character for each of the movies. Look closely, because the details of the statues are truly indicative of the films -- many people could probably guess the movie without looking at the title. People who follow the award shows and know their stuff can test their movie knowledge or learn about the history of the Oscars and film.

The stark-black background makes the golden sculptures stand out, popping off the page with their glamorous gleam, making for a gorgeous Oscars awards poster.