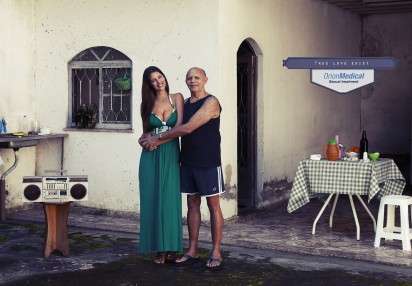 Meghan Young — January 28, 2013 — Lifestyle
References: ibelieveinadv
As soon as a younger woman is seen on the arm of a much older man, people make the quick stereotypical judgement that she's a gold digger; the Orion Medical campaign sees it another way. Instead of giving such women an Anna Nicole Smith complex, it suggests that they are simply attracted to them for their experience and, thanks to Orion, their revived sexual prowess.

The Orion Medical campaign was conceived and executed by Script, an ad agency based in Rio de Janeiro, Brazil. The happy albeit oddly paired couples featured in the print ads were captured by photographer Diego Mello of Vega Img. These images will catch people's attention immediately.