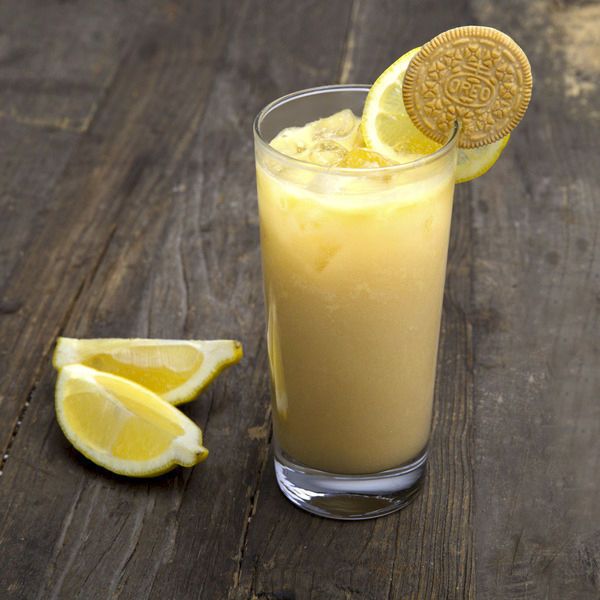 The INK chef paired his crushed Oreo nachos creation with an 'Oreo Shandy.' The shandy can be easily made with Lemon Oreos, which were released earlier this year. Nine Lemon Oreo cookies, 1 cup of water and sugar and 2 bottles of light beer makes four delectable drinks. The main part of the recipe involves dissolving the cookies in a pot with the sugar and water to create a syrup. Then, all you have to do is fill the glasses halfway with the syrup over ice and top with the beer.

Squeezable Cookie Icing
You Can Now Squeeze Out Oreos