A Woman's View On Auto Shows 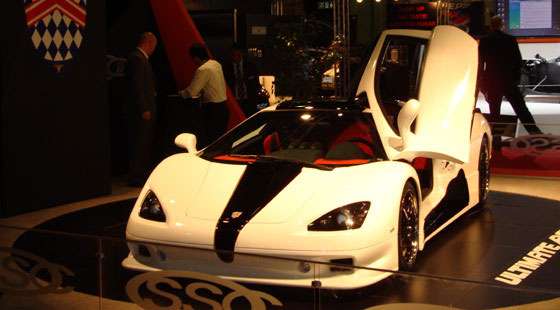 My Experience at the Dubai Motor Show

Even the auto-illiterate (such as myself) would be amazed at the displays of more than 650 absolutely gorgeous cars! Kandoora-clad men ride in and out of the latest automobile design and technology from Aston Martin, BMW, Bentley, Lamborghini, Ferrari, Porsche, Bugatti Veyron, among others.

The yet-to-be released models unveiled for the first time in the Middle East are the C63 AMG by Mercedes-Benz, Reventon by Lamborghini and the BMW Concept X6.  Also on display was the Shelby Ultimate Aero, one of the fastest production cars in the world.

Other highlights of the show include Dubai’s first solar-powered car developed by Emirati Saqr Bin Saif. The two-seater runs on solar panels and batteries and can reach a top speed of 50km/h. The Chinese made Haima also made its world debut at the show. Haima, currently among the top three sedan manufacturers in China, was launched for the first time outside China.

West Coast Customs also dropped by to do some live pimping of cars.

Maybauch S62 Landaulet, which made its world premier in the show, was undoubtedly a real crowd drawer.  With the Landaulet selling for Dh 2.4 million, “you wouldn’t worry about the traffic because the saloon’s plush fully reclining airplane-style Seychelles white leather seats would give you the same comfort which travelers enjoy in the first-class armchairs of modern passenger jets."(xpress4me.com)