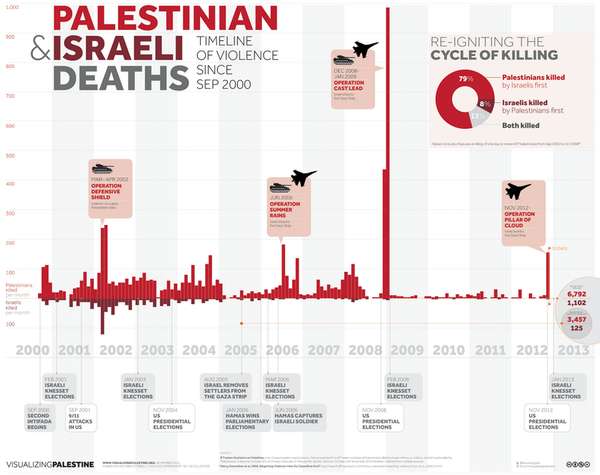 This Chart Analyzes the Operation Pillar of Cloud Deaths

More than half of the 163 Palestinians dead were children, according to this infographic by VisualizingPalestine.org. This saddening statistic cannot be overlooked and underlines the tragedy of those affected by Operation Pillar of Cloud as well as previous operations such as Operation Cast Lead, Operation Summer Rains and Operation Defense Shield.