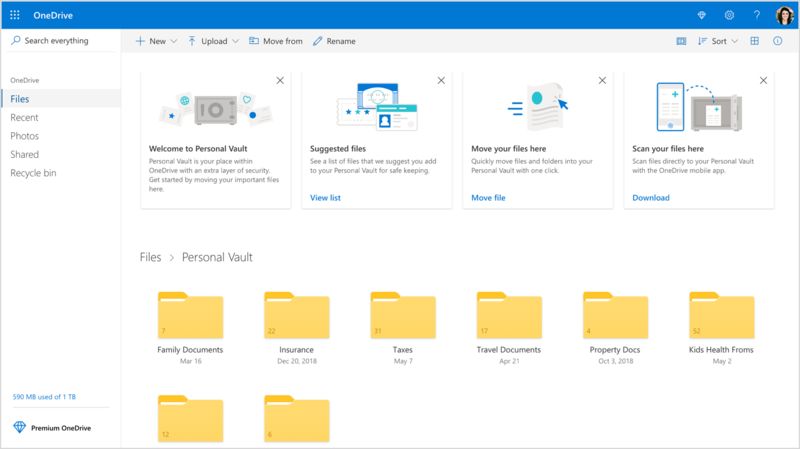 Microsoft's OneDrive Personal Vault is a Safeguard to the System

Daniel Johnson — June 28, 2019 — Tech
References: microsoft & techcrunch
Share on Facebook Share on Twitter Share on LinkedIn Share on Pinterest
Microsoft has stated that OneDrive Personal Vault will act as additional security to its file storing system, OneDive. This means access to files will require a strong authentication or a two-step verification process. Two-step verification can consist of a fingerprint, facial recognition or a PIN code form a device compatible with Windows Hello.

Personal Vault features will be available to users on the Internet, through Windows 10 as well as through Microsoft apps soon. Early releases are coming to Australia, New Zealand, and Canada, following this Personal Vault access will extend to all OneDrive users.

The company has made other moves to attract users to its OneDrive system. This includes increasing its $1.99 a month storage plan from 50GB to 100GB. Microsoft is also allowing users to access OneDrive Personal Vault for free, however, the free version will have a limited number of files that can be saved.

Musician Meet-Up Apps
'Bandr' Connnects Local Musicians to One Another