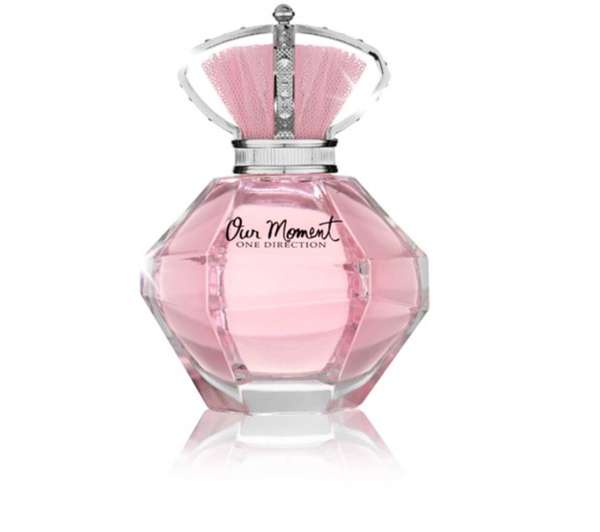 The One Moment Fragrance Channels the Bubbly Music of One Direction

One Moment was released when One Direction took to its Twitter account, promising fans that they would enjoy it as much as the band had. The first few perfumes were sold with the rest of the One Direction cosmetics line, including a face powder and brush, and a leather-bound notebook. Each of these products works in a pink and black color palette, making it perfect for girly-girls and other fans of 1D.

The perfume's hexagonally based bottle gives it a regal feeling, which is further enhanced by the bottle's crown-shaped stopper. With One Moment, fans of One Direction won't have to imagine what their favorite musicians smell like; they'll have the answer in their very own hands.
0.4
Score
Popularity
Activity
Freshness
Get Better and Faster