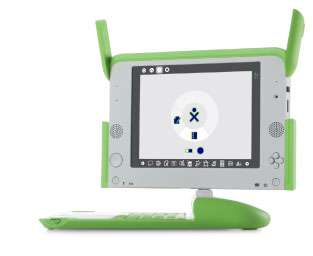 One Laptop Per Birmingham Child

Ben Preiss — December 6, 2007 — Unique
References: eschoolnews & newlaunches
Share on Facebook Share on Twitter Share on LinkedIn Share on Pinterest
Birmingham will be the first city in the US to buy the OLPC (one laptop per child) laptops at $200 that were originally meant for third world countries and cost about $100. The city's $3 million deal will see 15,000 child between kindergarten and grade eight having their own computers to work at.

"Our students will have access to global thinking now," Birmingham schools Superintendent Stan Mims said. "It becomes a tipping point in the digital divide."

Birmingham officials hope to raise the level of their education with the laptops, and this could open the door for other American cities in buying the devices. In turn, this could help finance the OLPCs for poorer countries.

"We live in a digital age, so it is important that all our children have equal access to technology and are able to integrate it into all aspects of their lives. We are proud that Birmingham is on its way to eliminating the so-called `digital divide' and to ensuring that our children have state-of-the-art tools for education," said Mayor Larry Langford.
3.1
Score
Popularity
Activity
Freshness
Get Better and Faster