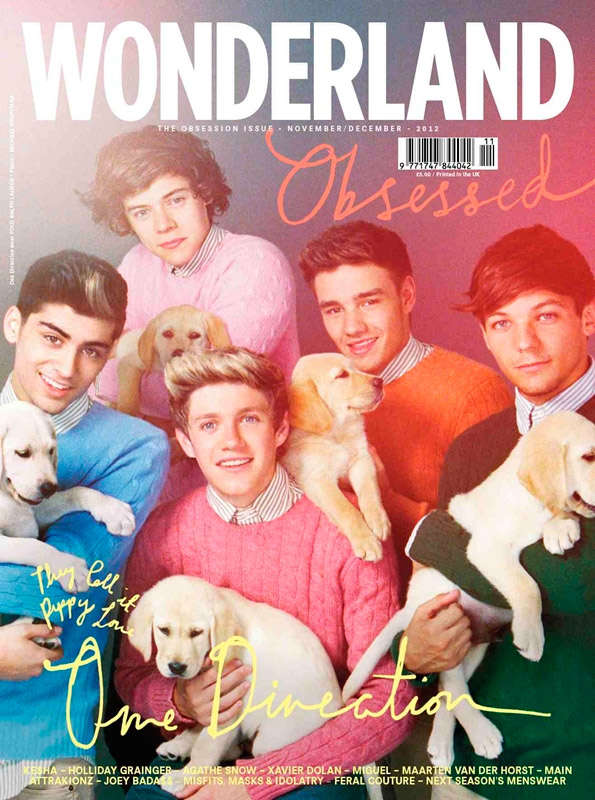 Clad in candy-colored pastels, the band of five poses with some furry co-stars, each holding a small puppy in their arms. Their cover is captured by the lens of photographer Michael Hauptman who creates a final image that is reminiscent of a retro glamor shot or picture day school photo.

Poking fun at their fans’ obsessive ‘puppy love,' the One Direction Wonderland magazine cover story shines a spotlight on the band of tween heartthrobs.