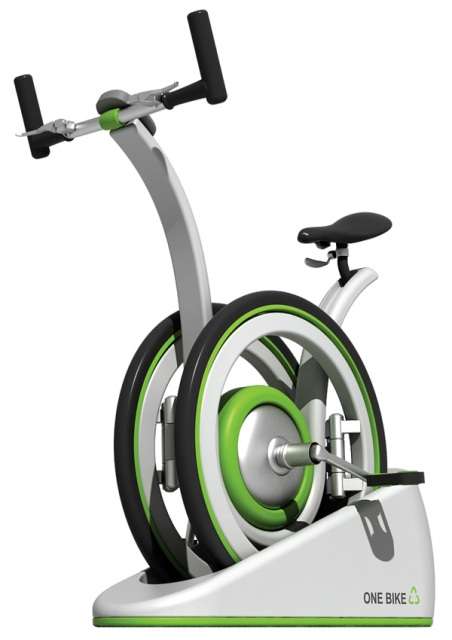 Michael Hines — July 30, 2011 — Eco
References: yankodesign
I can't help but think of how awesome it would be to own my own One Bike. The One Bike is a conceptual electric bicycle from designers Byoung-soo Choi and Jun-kyeong Kim that will probably never see the light of day, but that doesn't mean that a boy can't dream.

What's all the excitement about, you ask? The One Bike is a combination exercise bike and bicycle that is charged via kinetic energy generated during a workout in its stationary mode. I am all about multifunctional devices, especially those that encourage people to get active. I genuinely believe that a bicycle like the One Bike would encourage more people to make the switch from driving to biking, at least for short trips. Excited now?
5.5
Score
Popularity
Activity
Freshness