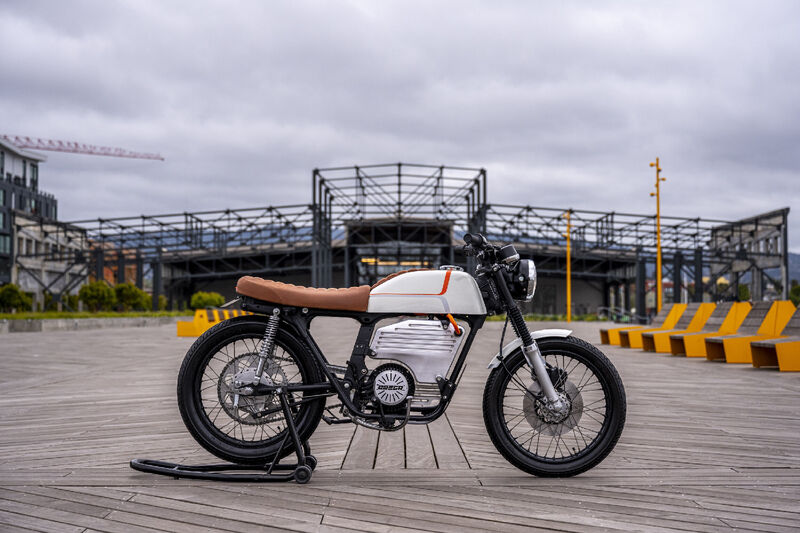 Niko Pajkovic — July 27, 2021 — Autos
References: omegamotors.co & mensgear.net
Share on Facebook Share on Twitter Share on LinkedIn Share on Pinterest
Omega Motors, an electric motorcycle design company, has released the EV200, a reissued electrical version of the classic 1975 Honda EB200. The bike is the first project to be released by the company, which describes itself as a team of "motorcycle enthusiasts," working within the niche space of electric motorbike conversion and design.

For its debut model, Omega Motors was able to convert this iconic bike while hardly impacting its original look and design. Minor tweaks to the frame were made to accommodate for the 48V 1.6-kWh battery unit, which replaced the bike's original gas-powered engine. One full charge can take the EV200 up to 30 miles, while the battery-powered engine allows it to reach speeds up to 60mph.

Unfortunately, for motorcycle fans looking to get their hands on a retro e-bike, the EV200 is only a one-off model.