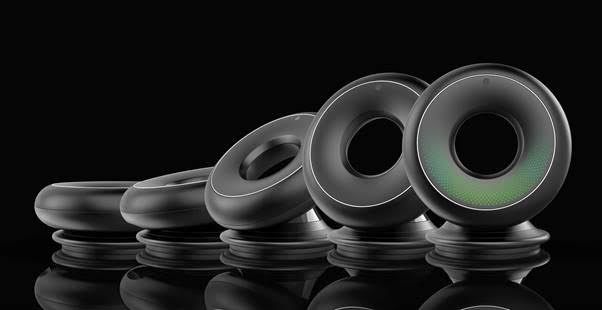 Riley von Niessen — December 20, 2016 — Tech
References: heyolly
Share on Facebook Share on Twitter Share on LinkedIn Share on Pinterest
The team at Emotech created 'Olly,' an advanced AI robot that uses deep learning to provide its user with an unparalleled interactive experience. The robot is not only incredibly useful, but has the ability to provide accurate speech for better conversation and is even capable of emotional interaction.

It's because of this that Emotech lays claim to "the first robot with personality." Due to its advanced and impressively versatile functionality, Olly has won four 2017 CES awards, which are listed as: "Smart Home, Drones and Unmanned Systems, Home Appliances and Home Audio/Video Components and Accessories."

As its design was based around the complexities of a brain, each robot is unique. In short, this means that it takes the time to learn its user and develop itself around their needs -- adapting itself to reflect it's users preferences, moods and more to ensure that every interaction is positive.
3.6
Score
Popularity
Activity
Freshness
Attend Future Festival