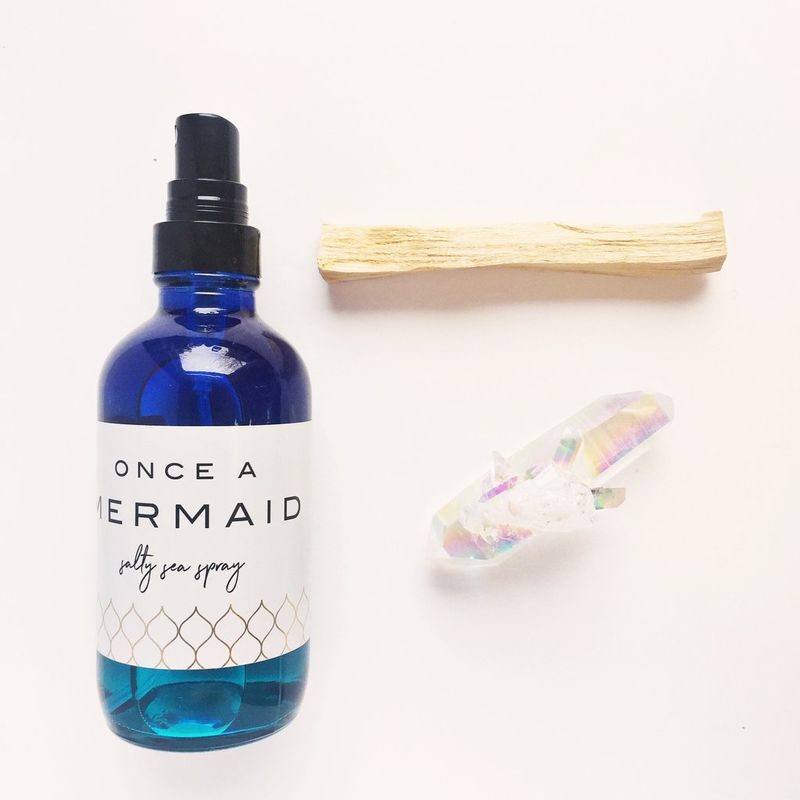 Jana Pijak — June 7, 2017 — Fashion
References: shopolivine
Share on Facebook Share on Twitter Share on LinkedIn Share on Pinterest
Olivin Atelier's Once a Mermaid sea salt spray is meant to be used on hair and the body, and is described as a magical elixir. The spray is sold in a ceremonial hair care kit, alongside a piece of Palo Santo wood, and an Angel Aura Lemurian Quartz crystal.

While Palo Santo is known for its bold fragrance and purifying properties -- often used to clear crystals, or to repel negative energy from one's home -- Angel Aura Lemurian Quartz crystals are bonded with platinum, gold, and silver materials. The stones are described as an "all-healer" that aids with both physical and mental well-being.

In addition to its sea salt spray, Olivin Atelier's hair care kit is sold alongside two ceremonial essentials, a healing crystal and a piece of sacred wood. The brand's organic products are marketed to the spiritual consumer concerned with both quality and sustainability, paying homage to mythical characters in order to further drive its mystical branding home.
1.9
Score
Popularity
Activity
Freshness
Get Trend Hunter Dashboard