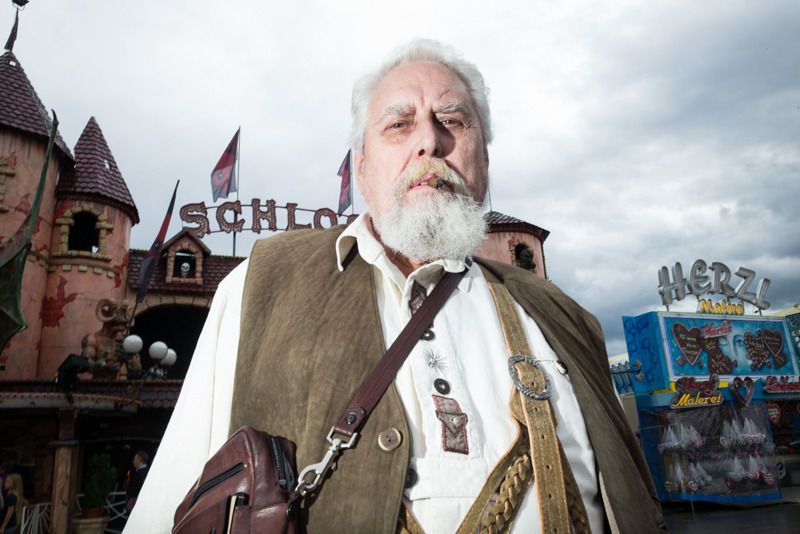 While all of those elements are definitely present, the Swedish photographer is more far more captivated by the hodge-podge of characters who attend the fair. It seems that anyone and their mother can get a kick out of Oktoberfest; the festival attracts a mix of the young and the old, not to mention different cultures and nationalities. It is the diversity, coupled with the beer, that keeps Nilson attending the event, year and after year.

Ultimately, Oktoberfest is a fusion of all sorts of people, and that's what makes it interesting. Plus, everyone knows people watching is infinitely better when you're wearing beer goggles!