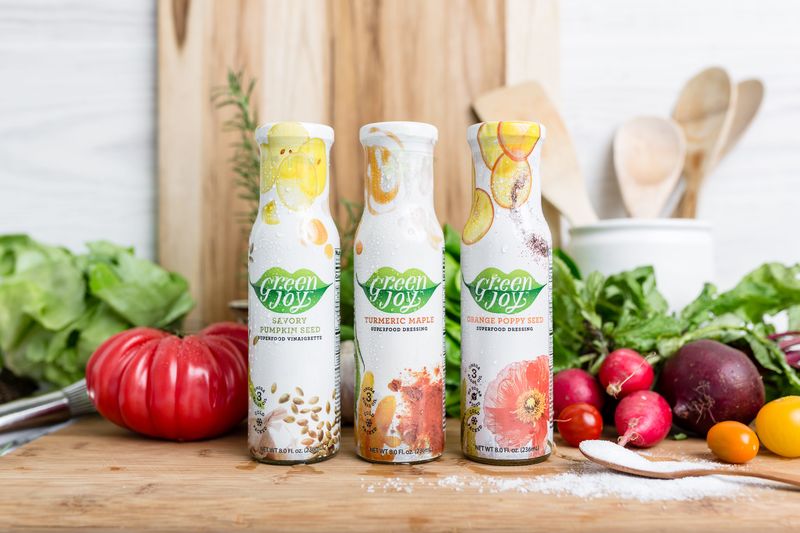 Laura McQuarrie — March 27, 2020 — Lifestyle
References: greenjoylife & nosh
People are familiar with oil dressings that are made with extra virgin olive oil, grapeseed, canola and vegetable oil and Greenjoy is introducing a variation on this idea with its new line of Algae Oil Dressings. These new additions to Greenjoy's range of Superfood Salad Dressings are available in unusual varieties like Savory Pumpkin Seed, Turmeric Maple and Orange Poppy Seed.

These nourishing dressings and vinaigrettes prominently feature algae oil, which is a rich source of monosaturated fat and omega-3 fatty acids. As well as being flavorful additions to salads, these superfood dressings also have the potential to enhance everything from marinades to dishes that call for roasting, sautéing or grilling, especially since algae oil boasts a high smoke point.