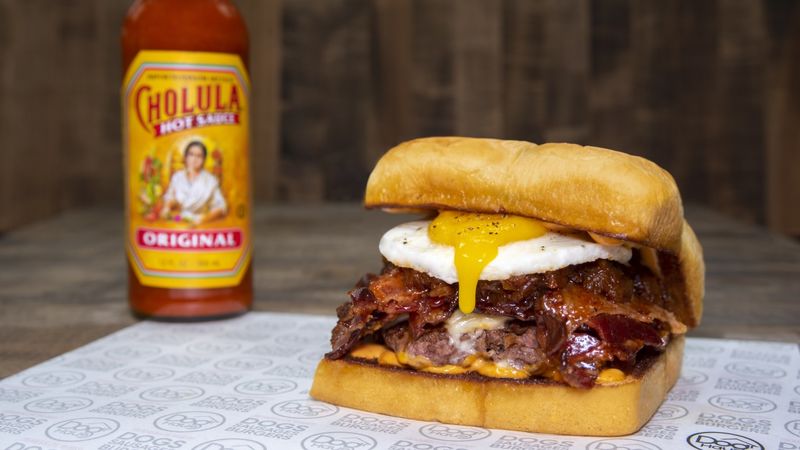 Due to the COVID-19 pandemic, Dog Haus has been forced to put its Michelin-Starred Chef Series on hold. However, that hasn't stopped the chain from collaborating with legendary chefs. In support of No Kid Hungry, Dog Haus recently teamed up with Cholula’s Brand Chef and award-winning BBQ Pit Master Jessica Bograd. With the help of Bograd, Dog Haus created a new OG Cholula Burger, which is inspired by the iconic Cholula hot sauce. The new burger starts with an angus beef patty, topped with white American cheese, Cholula onion jam, Cholula brown sugar bacon, Cholula mayo, and a fried egg, all served on grilled King’s Hawaiian rolls.

The OG Cholula Burger is available through June 30th with $1 from the purchase of each burger being donated to No Kid Hungry.