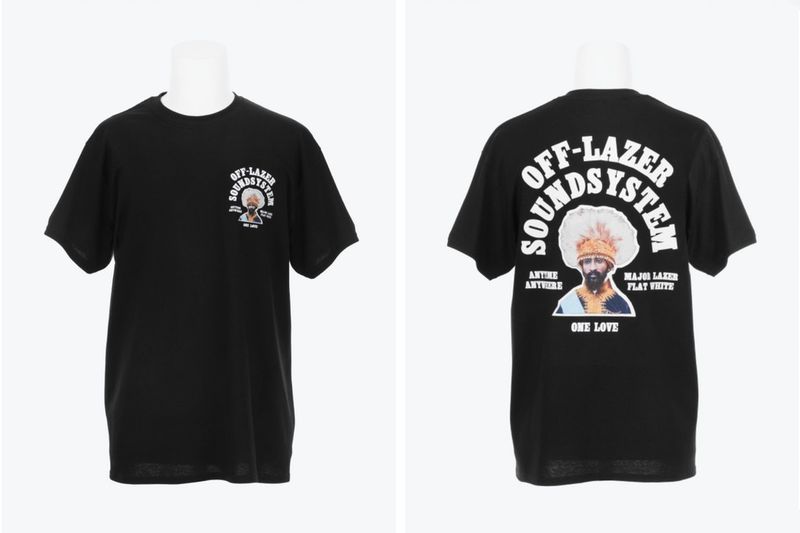 One variation is black with white graphics on the front and back of it, while the other is white with black graphics. On the back of the shirts, old school lettering reads "Off-Lazer Sound System" in an arc above the portrait of Haile Selassie, a Rastafarian figure and an Ethiopian regent. Beside the portrait, both brand's names are features on one side, while the other side reads "Anytime" and "Anywhere." Beneath the portrait, "One Love" is featured in a matching font. The fronts of the tees show the same graphics, however in a much smaller format.

Consumers whoa are interested in the exclusive co-branded tees can find them from retailers like colette.
4.4
Score
Popularity
Activity
Freshness
Get the 2021 Trend Report FREE