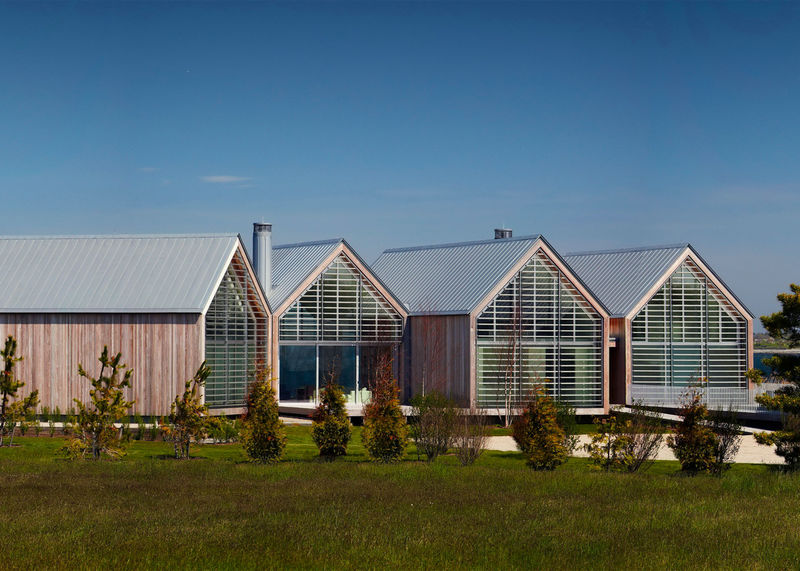 This Home's Gabled Roofs are Inspired By Local Rural Architecture

Rahul Kalvapalle — August 25, 2016 — Art & Design
References: ferrisarch & dezeen
Share on Facebook Share on Twitter Share on LinkedIn Share on Pinterest
The Ocean House is a beautifully designed holiday home, located in the state of Rhode Island in the USA, that is influenced by a wide variety of rurally inspired architectural cues that include traditional barns and boat sheds, the likes of which are commonly associated with the region.

Situated in a coastal location in the town of Little Compton, this Ocean House's rural inspirations are clear in its gabled roofs, which don't just look great but also work to respect the aesthetics of the surrounding region. The house is accessed via a 12 meter-long wooden ramp, while the exterior layer of each wall is sheathed in durable hardwood.

The Ocean House is a great example of traditional architecture influences making their way into modern luxury design, a worthwhile approach considering its implications on both function and aesthetics.