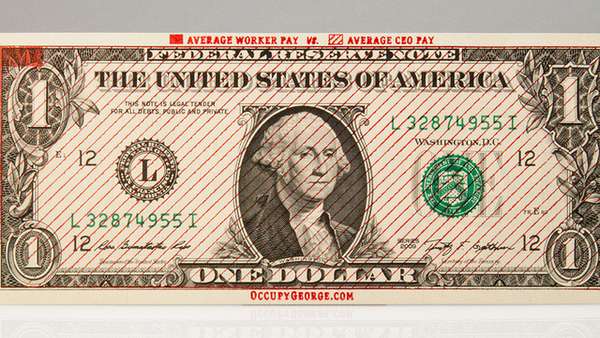 Occupy George Involves Circulating Fake Bills with Infographics on Them

For the uninitiated, Occupy Wall Street is a worldwide wave of protests by groups claiming to represent the bottom 99%, juxtaposed against the top 1% of the globe's population who control the overwhelming majority of capital, resources and overall wealth. Occupy George is an ancillary awareness campaign that hopes to, via social media and physical handouts, distribute fake American $1 bills. These bank notes, however, have shocking infographics superimposed on them -- the statistics illustrate the disparity in wealth and income in the United States. The thinking is that, while the media may shy away from discussing the inequality in our society, no one can deny indisputable stats on a dollar bill in their pocket.
4.8
Score
Popularity
Activity
Freshness
Get Better and Faster