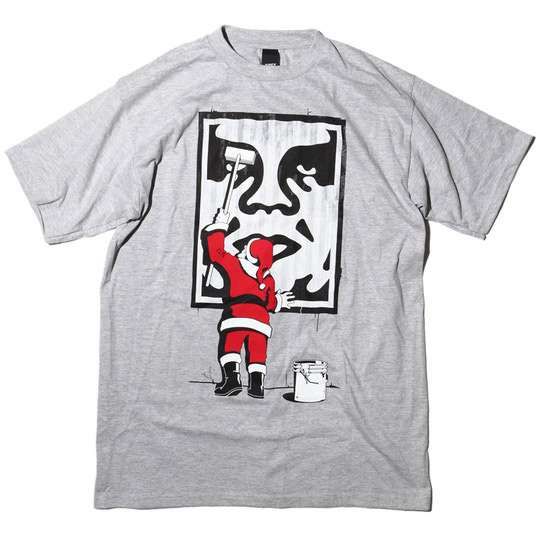 Fairey's brand will be releasing the Obey 'Santa Paste' Shirt in time for the holidays. In keeping with the festive season, the tee features good old St. Nick putting up a mural. The piece he's pasting is none other than the Obey Giant logo. For those who don't know, that image is Fairey's signature artwork (before the Obama 'Hope' poster) that has a close-up shot of late wrestler André the Giant. Looks like this shirt explains what Santa likes to do in his free time when Mrs. Claus isn't around.