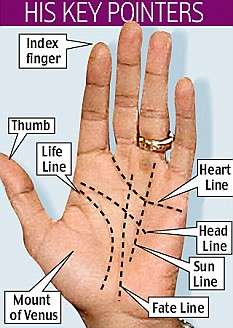 Fortune Teller Predicts Obama Will Be Fat Later in Life

Alex Covert — January 18, 2009 — Social Good
References: dailymail
Share on Facebook Share on Twitter Share on LinkedIn Share on Pinterest
Chiromancy, or palm-reading, is the art of characterization through the study of the palm. Lori Reid, a hand-reading expert, has studied some pics of U.S. President Elect, Barack Obama’s, hand and offers up some interesting observations. Obama’s hand shape is categorized as The Water Hand and is a common feature of artists, writers and thinkers, she says. The length of his little finger says that he is a good orator. His ring finger looks shorter than his index finger, which means he likes to play it safe. And, according to Reid, his little finger is chubby which little finger is on the chubby which means he has the propensity to put on weight later in life. He wouldn’t be the first.

Check out some other U.S. presidents who were on the hefty side.
2.2
Score
Popularity
Activity
Freshness
Get Trend Hunter Dashboard