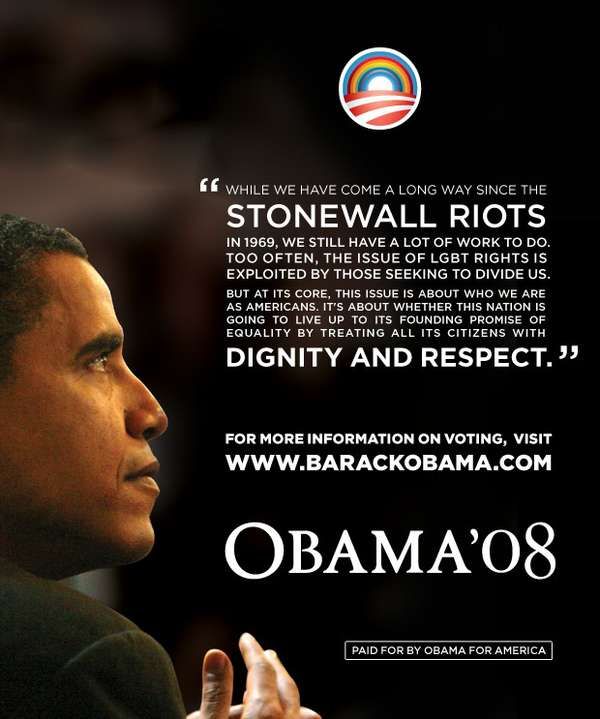 mediterranean — February 28, 2008 — Lifestyle
References: election2008.advocate
Share on Facebook Share on Twitter Share on LinkedIn Share on Pinterest
In a bid to cut into the longstanding ties between gays and lesbians and democrat competitor Hillary Clinton, the Obama campaign is actively reaching out for the LGBT (Lesbian, Gay, Bisexual, and Trans-gender) community vote with targeted ad buys in the somewhat-conservative states of Ohio and Texas leading up to the critical March 4th primaries in both states.

Obama has also released a statement: ".... Americans are yearning for leadership that can empower us to reach for what we know is possible. I believe that we can achieve the goal of full equality for the millions of LGBT people in this country. To do that, we need leadership that can appeal to the best parts of the human spirit. Join with me, and I will provide that leadership. Together, we will achieve real equality for all Americans, gay and straight alike."