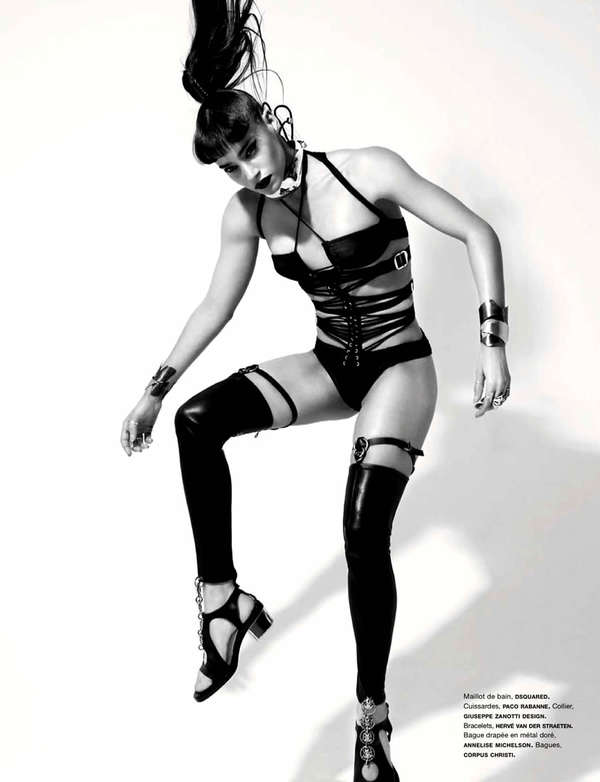 The photo shoot, which was shot by famed photographer Jean-Baptiste Mondino, combines an assortment of different looks, which can best be summarized as high-fashion dominatrix chic. The styling of the shoot welcomes an assortment of bold metal accessories including the oversized chain link necklace and beautifully detailed silver masks, which is very reminiscent of what Natalie Portman's character wore in Black Swan. The model wore several body suits and dresses with a lot of criss cross detailing, which were made in various black leather, sheer and cotton materials. Her flowing long black hair and dark makeup add to the overall powerful and seductive persona that the shoot evokes.