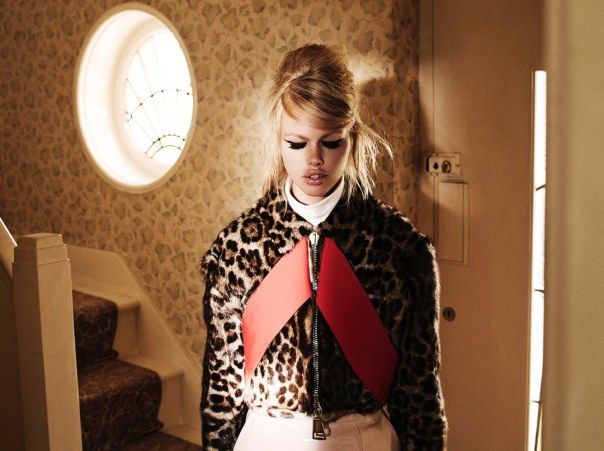 With pouty lips and vacant eyes that seem to look right through you, Stern is the picture of teen angst. Stern wanders around a suburban neighborhood looking bored and surly, almost as if waiting for someone on whom she can unleash her bad attitude. Fashion editor Felipe Mendes dressed Stern in polka dots, turtle necks, leopard print and fur, creating a hopelessly mod look.

Stern wears the iconic beehive hair 'do that was popularized by actresses like Bridget Bardot and a dramatic winged eyeliner. The conical hair 'do was styled by Chi Wong. Meanwhile, the editorial was lensed by photographer Laurie Bartley.
5.7
Score
Popularity
Activity
Freshness