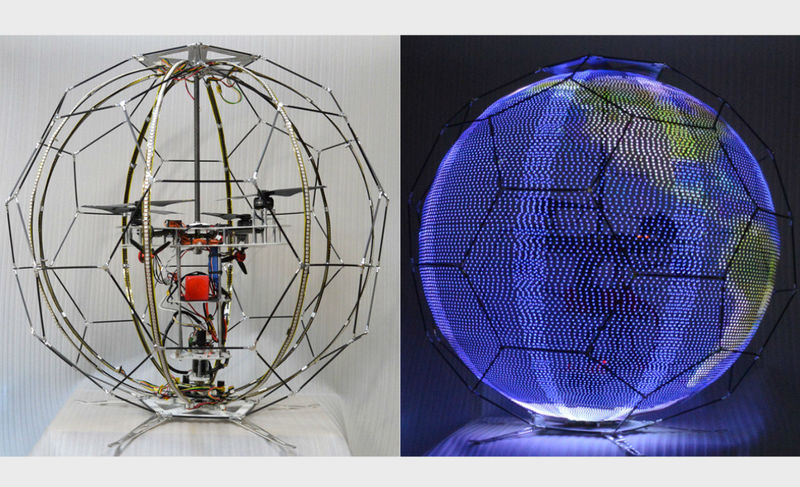 Joey Haar — April 26, 2017 — Tech
References: nttdocomo.co.jp & digitaltrends
Share on Facebook Share on Twitter Share on LinkedIn Share on Pinterest
Drone light shows have moved out of the prototype phase and into the general public's scope (thanks to performances like Lady Gaga's 2016 Super Bowl Halftime Show,) and Japanese telecoms provider NTT Docomo is looking to get involved. But rather than focusing on a novel light show, NTT Docomo has looked a step earlier in the process and designed a completely new drone specifically for performing light shows.

NTT Docomo's new drone is different from most other unmanned aerial vehicles on the market. Firstly, the drone has a spherical exoskeleton that resembles Buckminster Fuller's famous geodesic dome. That shell is the housing for a series of spinning LED rings that, with precise coordination, can light up the sphere with impressive images. For instance, the sphere can look like the globe, floating Chinese laterns, or whatever else creativity allows.
5.7
Score
Popularity
Activity
Freshness
Attend Future Festival