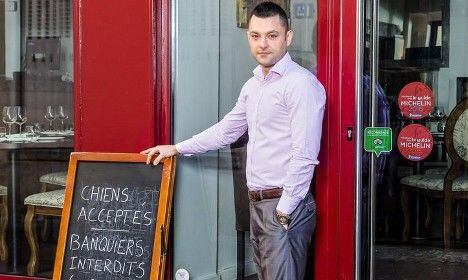 This French Restaurant Will Not Allow Bankers to Dine

The unusual move came as a result of numerous banks turning down Callet's request for €70,000 to open a second restaurant. The restaurateur also had significant trouble opening his first restaurant, after he was turned down for a loan on 20 separate occasions. Now Callet is retaliating by forbidding financiers from dinning in his establishment. To drive the point home, he posted a sign in front of Les Ecuries de Richelieu that reads "Dogs welcome, bankers banned (unless they pay an entry fee of €70,000)."

While Callet's decision to not allow bankers in his restaurant may seem extreme, his actions highlight a larger issue of how difficult it can be for young business owners to get support from French banks.
1.9
Score
Popularity
Activity
Freshness
Attend Future Festival Virtual