Money Clips Made of Real Bills 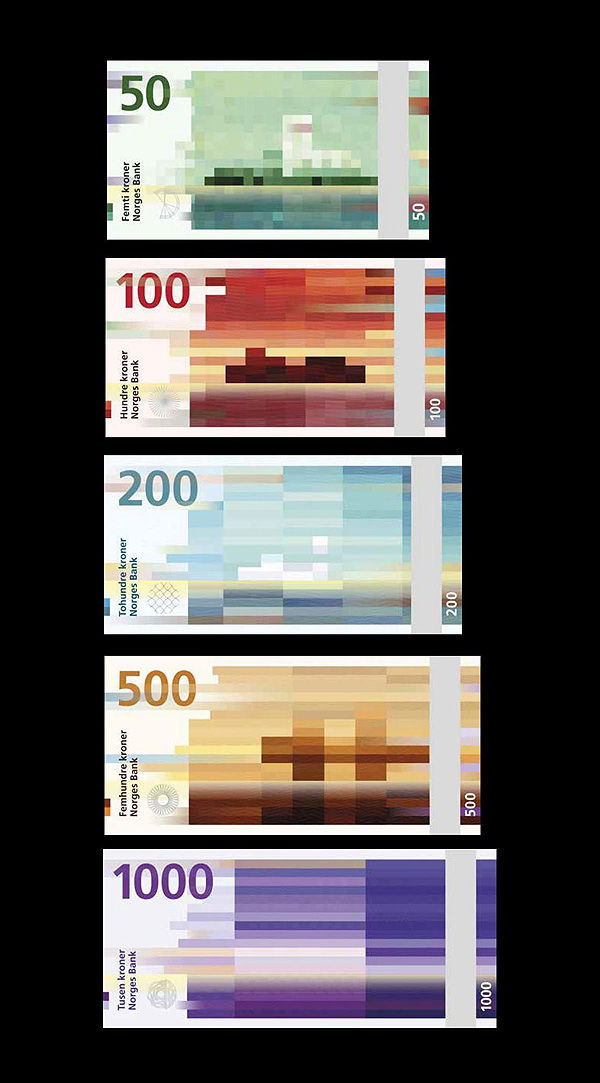 Meghan Young — October 11, 2014 — Art & Design
References: snohetta & visualnews
When people gaze at the redesigned Norway krone banknotes, first all they will see are abstract blocks of color. Yet upon closer inspection, the abstract forms become pixelated images of landscapes and more. Yet that is only on one side. The other side of the Norway krone banknotes features more detailed images.

Communicating images set around the theme of 'the sea,' the Norway krone makeover was part of a competition that was launched earlier in the year. After receiving entries from professional artists to young children, the Norges Bank settled on two separate visions set out by Snøhetta Design and The Metric System. Visual News writes, "The series is now going through a revision process to incorporate security elements, so they may look a little different when completed and issued as early as 2017."
1.9
Score
Popularity
Activity
Freshness