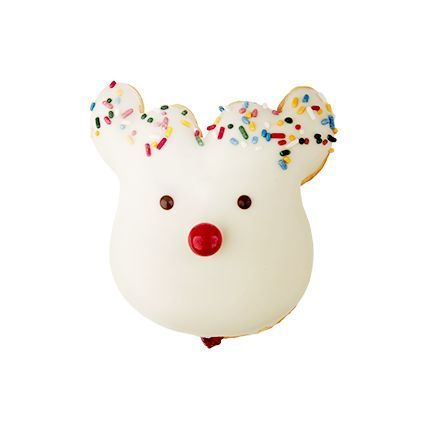 Katherine Pendrill — December 27, 2016 — Lifestyle
References: dunkindonuts.co.kr & brandeating
Share on Facebook Share on Twitter Share on LinkedIn Share on Pinterest
While holidays desserts usually consist of smiling santas and stark white snowflakes, this year Dunkin' Donuts Korea took a more creative route by offering some non-traditional holiday treats. Though the shapes may have been familiar, the decorative touches certainly were not.

This year's holiday offerings from Dunkin' Donuts Korea consisted of two festive donuts in unorthodox flavors. The first of the non-traditional holiday treats was the white, reindeer-shaped donut stuffed with a sweet strawberry filling. The second was the brown, snowman-shaped donut filled with Bavarian cream. While the color choice for each donut resulted in two unusual looking treats, the chain explained that the white, reindeer donut was meant to represent "Rudolph on a snowy day," while the brown, snowman donut was meant to look like a "snowman fell into chocolate."