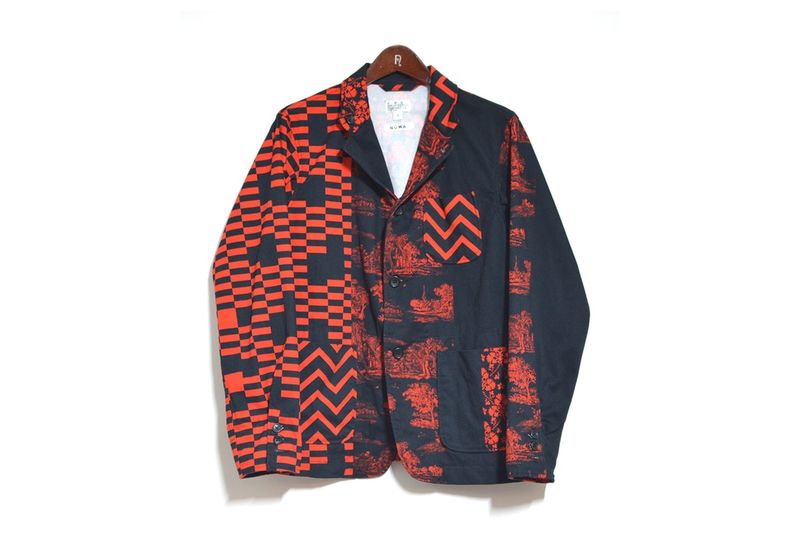 The NOMA t.d. Tie Dye-Inspired Line Was Made with Needles

Riley von Niessen — February 9, 2018 — Fashion
References: nomatextiledesign & hypebeast
Share on Facebook Share on Twitter Share on LinkedIn Share on Pinterest
For the Spring/Summer 2018 fashion season, NOMA t.d. and Needles joined forces to come up with a series of tie dye-inspired designs that combine different patterns with flowing silhouettes, making for a whimsical series of designs that have a highly casual yet versatile aesthetic.

Included in the line are drop-crotch pants, more structured joggers, oversized dresses, suit jackets and vests, long skirts with buttons, bucket hats, sun hats, crossbody bags, button-up shirts, and more. In addition to the tie dye-inspired pieces, the pair launched a number of designer that boast traditional Chinese-inspired artwork. The colorways that are utilized in the collection tend to stick to uniform combinations, with many of the garments boasting navy and red, while other utilize navy and white.