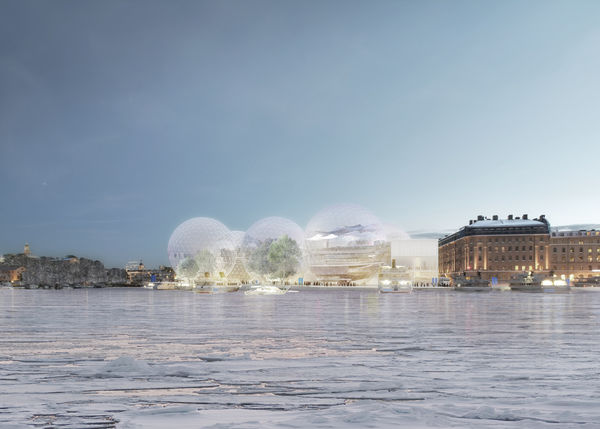 Meghan Young — December 9, 2013 — Art & Design
References: nobelcenter.se & theverge
Share on Facebook Share on Twitter Share on LinkedIn Share on Pinterest
The home of the Nobel Prize needs to be as worthy as the individuals who receive them and the Nobel Sphere has certainly proven itself. Visually striking in a transparent and futuristic way, the Nobel Sphere structure is named so for the six globes bubbling out from its center. Varying in height along the city's waterfront, these 'bubbles' "lightly nudge, stack, and intersect with one another leading to a collection of spaces with soft connections to all sides," explains architects Kazuyo Sejima and Ryue Nishizawa.

To be built in Stockholm, Sweden, if the concept is chosen, the Nobel Sphere is set to be a zero energy building, boasting retractable photovoltaic membranes to both provide some shade and serve as an additional source of power. It is hard not to imagine this as the winner.
2
Score
Popularity
Activity
Freshness
View Innovation Webinars