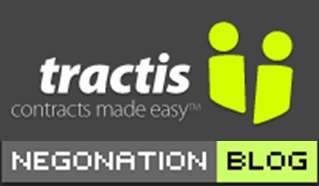 Online Sites Like Negonation Empower The Lawyer in All of Us

Negonation, a Spanish company has found a way for you to save a few bucks next time you need to pump out a contract. This summer the company launched Tractis, "the first Web platform that lets users create, manage, and execute contracts online â€“ no lawyers required." reports Business 2.0.

â€œThe service is stocked with a data-base of contract templates from around the world, and its contracts are legally enforceable in the offline world, even if the parties are in different countries.â€

To make sure things go smoothly and no one deals with a bogus contract, Tractis has its own trust and verification system that will rely on national ID cards like those used in Spain, Belgium, Germany and Portugal. By 2010, the UK will have them too.

For everyone else, there's OpenID. â€œThe final agreement can carry a digital certificate that in most countries, including the United States, has the same legal weight as a handwritten signature.â€ They also reimburse anyone who is a victim of fraud due to the online contracts.

â€œNegonation says its most lucrative target market is major eBay transactions such as cars, jewelry, and real estate. It's betting that high-end eBay users want the additional layer of security provided by a separate enforceable contract.â€

The company is expecting a $40 million profit in the next five years.

Similar online contract creators like Google Docs and Echosign don't have the â€œone-stop contract shoppingâ€ like Negotation, which is what the company believes sets them apart.

Eventually it could be possible that the majority of legal work is done online, but for now there are a lot of people who still feel more confident with a hand-written signature, although digital ones are much more difficult to forge!