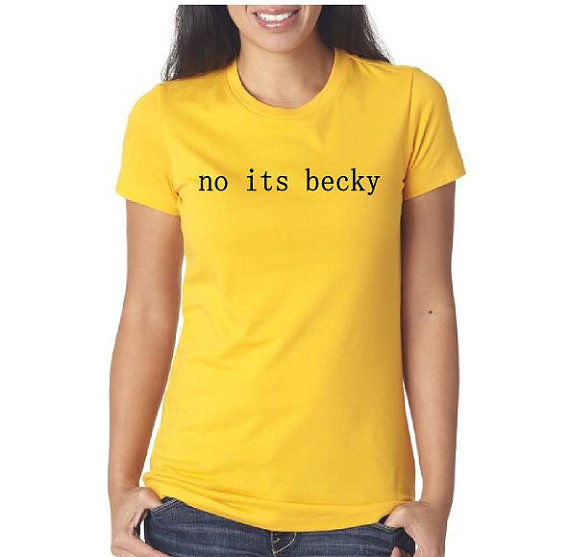 Alyson Wyers — October 15, 2014 — Pop Culture
References: instagram & etsy
After a tumblr user claimed an old photograph of Taylor Swift was a deceased friend of hers, the singer made a no its becky t-shirt referencing the now infamous internet meme. Now, you can get your very own gold tee from FineLineInc on Etsy. This is perfect timing given the star's number one single released yesterday, Out of the Woods.

The new single is the second released from Swift's upcoming album 1989 following Shake It Off. Leading up to 1989's release, Taylor is posting lyric snippets on her Instagram account. If you are listening to Out of the Woods on repeat until you can listen to Taylor Swift's new album in its entirety, you may as well wear the no its becky t-shirt too.
3.9
Score
Popularity
Activity
Freshness