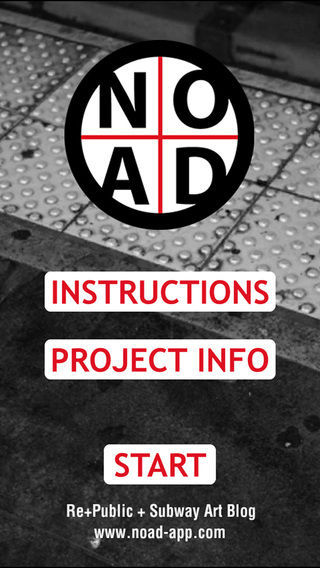 Laura McQuarrie — September 30, 2014 — Tech
References: itunes.apple & psfk
Share on Facebook Share on Twitter Share on LinkedIn Share on Pinterest
If you're sick of being constantly bombarded with advertisements, NO AD is an app that will help you find an escape on the subway. The app is designed so that you can hold up your phone or tablet to an ad that's been posted in the subway, and with the aid of augmented reality technology, the app will turn it into an aesthetically pleasing digital art piece.

So far, over 50 artists have contributed art pieces to replace over 100 underground advertisements. This includes works by Jilly Ballistic, Veribus and Posterboy, which turn ordinary ads into visuals that are much more thought-provoking and interesting to look at. With the NO AD app, it's like a secret underground New York City art gallery has been created.
3
Score
Popularity
Activity
Freshness
Get Trend Hunter Dashboard