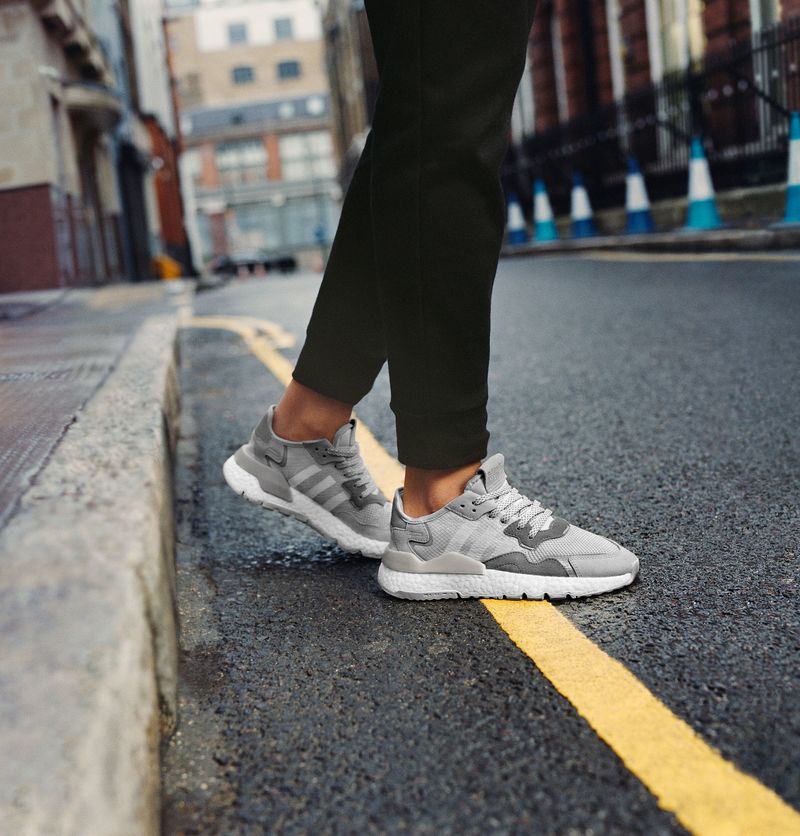 Kalina Nedelcheva — April 3, 2019 — Fashion
References: adidas
The versatile qualities, the performance-focused features and the ultra-stylish aesthetic of the Nite Jogger sneaker by adidas Originals become apparent in this campaign. The silhouette is photographed on an urban landscape, highlighting the way it perfectly fits the demands of running in the city. The campaign is shot by London-based photographer and multi-media artist Bafic who attempts to draw parallels between daytime and nighttime running experiences. In addition, adidas Originals goes one step further and launches a series of videos to accent the release of the new iterations of the Nite Jogger sneaker and the footage spotlights a number of creatives — from London-born singer Obong Jayar who draws significant inspiration from poetry to New York-based rapper Wiki.

In addition, to celebrate the release of the new Nite Jogger sneakers, adidas Originals issued a limited number of collectibles that were given to individuals through special events and giveaways.