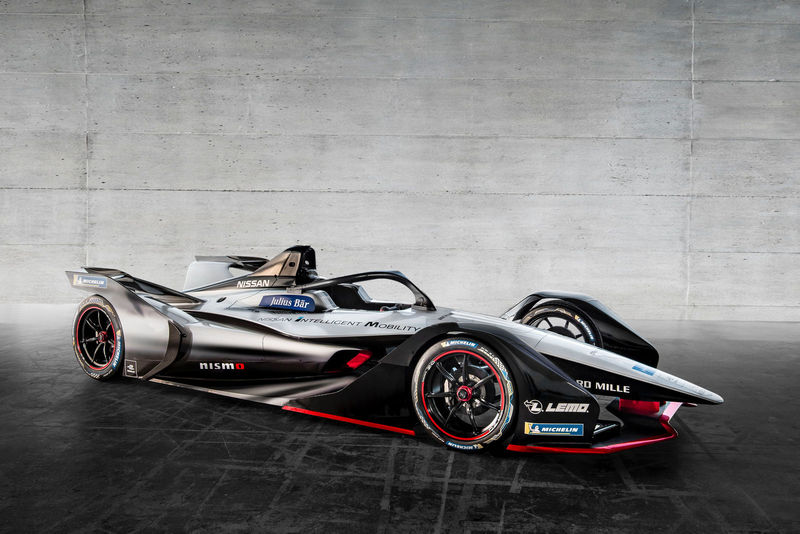 Justin Lam — March 8, 2018 — Autos
References: autosport & engadget
Share on Facebook Share on Twitter Share on LinkedIn Share on Pinterest
Nissan has unveiled the Nissan Formula E car and is now the only Japanese automaker in Formula E. The new vehicle was built for season five of Formula E, and takes inspiration from the Doppler effect and a supersonic bird in flight. The entry of the Nissan Formula E car is the first move back into competitive racing by the brand and Nissan hopes that further development in this field will lead to greater development in its consumer vehicles.

Like previous seasons of Formula E the chassis used by every competitor will be exactly the same, with individual teams left to install their own electronics, inverters, gearboxes and motors to gain a competitive edge. While Nissan has yet to detail what these components will be, they have spoken out about the custom paint on the car. Instead of the iconic red and white, the Nissan Formula E car sports a more intimidating black, white and grey paint scheme. The gradient created between colors was meant to resemble the sonic pulse created by the Doppler effect, with red accents used to accentuated certain pieces of the car.
1.8
Score
Popularity
Activity
Freshness
Get Trend Hunter Dashboard