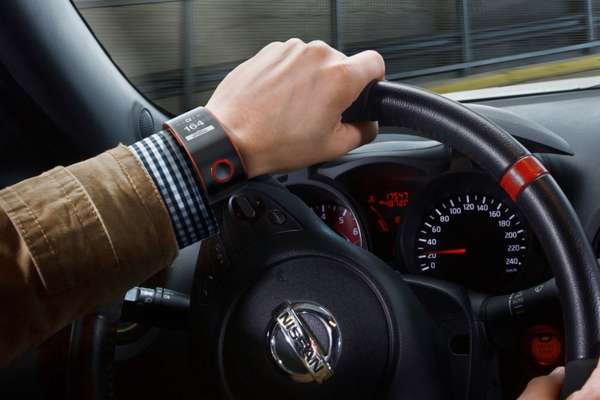 Michael Hines — September 10, 2013 — Autos
References: multivu & dvice
Nissan is jumping into the smartwatch fray with the Nismo Watch. The watch is set to make its official debut at the 2013 Frankfurt Motor Show, but it was revealed to the world a day early (the show begins September 10). Nismo is Nissan’s performance division, and the watch is meant to help track performance on the track.

The Nismo Watch can do a lot. For starters, it can give you information on your average speed and fuel usage. It can also provide you performance data and send you tailored messages from Nissan. Since it’s smart, the Nismo Watch will monitor biometric data, which should be useful when you’re trying to remember which turn scared you the most.

The Nismo Watch will also be able to post updates on your performance to social media and connects to your phone using Bluetooth. Its battery will last for just over seven days and it is rechargeable via USB. Although it sounds like nothing more than a concept, the Nismo Watch is actually going into production, a fact which should make gearheads happy.