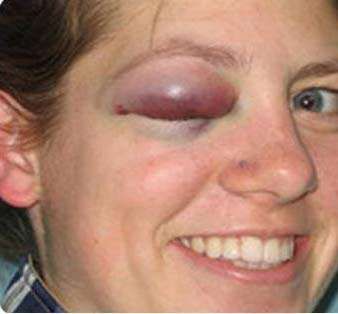 thischick — March 3, 2007 — Tech
References: gizmodo
Share on Facebook Share on Twitter Share on LinkedIn Share on Pinterest
They should have called it the Nintendo Wii-Eye! Folks, this proves that old saying really is true: "It's all fun and games until somebody loses an eye!" Check out the Nintendo Wii injuries video here. Nintendo, what were you thinking when you came up with one? This year, the award for: "Most Injuries to Gamers and People Around Them By a Video Game Controller" just has to go to the Wii.

*FYI - Lady, you need to stop smiling like you just won the Publishers Clearinghouse and realize you just got b*tch-slapped by your man and Nintendo at the same time. Now, how does that make you feel?
2.5
Score
Popularity
Activity
Freshness
Get the 2021 Trend Report FREE